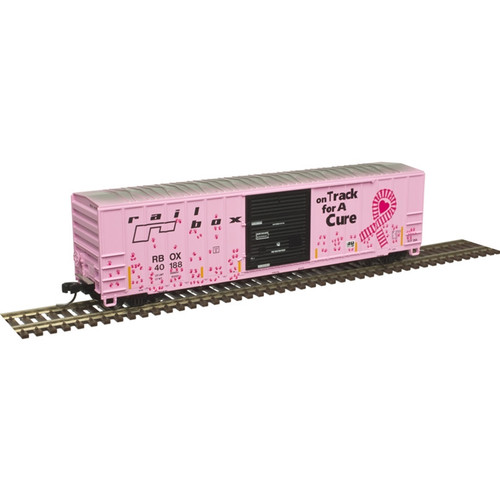 This is FMC’s entry into the Plate B IPD (Incentive Per Diem) box car era. The design was intended to be the “most universal”, interchangeable on most common railroad clearances. The cars were available with and without end-of-car cushioning, and were offered in several door configurations.

Over 4,300 cars were produced from 1975-1979 by FMC’s Portland, Oregon plant. The cars were delivered in numerous colorful shortline paint schemes, as well as the nationwide car pool fleet of Railbox. Many secondhand cars were later seen in Class 1 railroads and large leasing company fleets under additional shortline reporting marks.