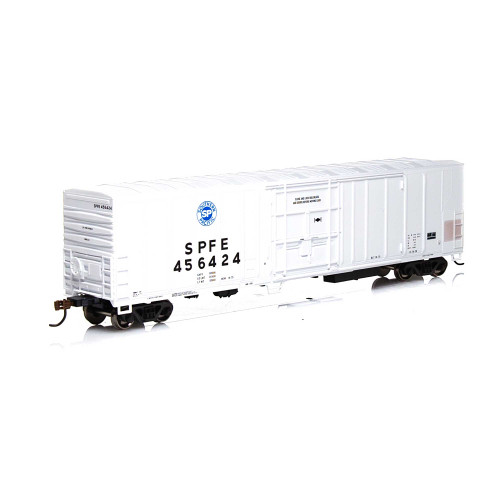 Pacific Car and Foundry responded to the railroad’s migration from ice stored in bunkers as a primary cooling system to the diesel mechanical systems. The mechanical reefers could keep a more regular temperature, often times colder than what the ice bunker cars could at the time. Initially mechanical reefers were used primarily in frozen food service. This would soon change as mechanical refrigeration began to replace ice-based systems. Soon after, mechanical refrigeration units replaced the “armies” of personnel required to re-ice the cars. Several different deliveries of the PC&F 57’ mechanical reefer were made to many different railroads in the mid to late 1960s. Many have been rebuilt and are still in service today.